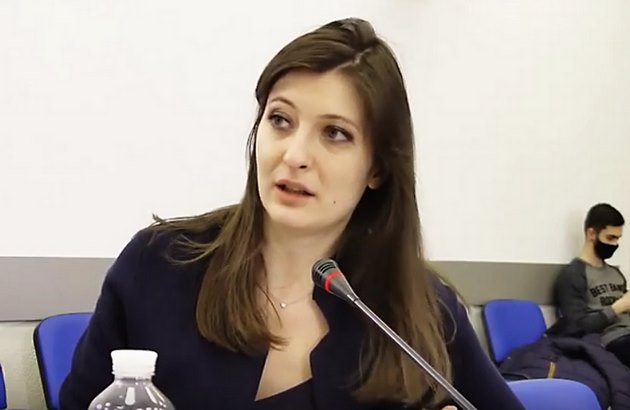 On March 12, Kateryna Zarembo took part in a discussion “Who will be the superpowers in the 21st century and will it make the world safer?”, organized by the Ilko Kucheriv Democratic Initiatives Foundation.

On March 12, the Ilko Kucheriv Democratic Initiatives Foundation presented the results of research on the attitude of Ukrainians to superpowers. At the invitation of the Foundation, Kateryna Zarembo took part in a discussion of the survey results.

The research was conducted by the analogy of a global study of the Gallup International Association, which, in particular, included questions: 1) which countries will be superpowers in 2030; 2) is their impact (de) stabilizing?

Pavlo Klimkin (Minister for Foreign Affairs of Ukraine (2014–2019), Mykhailo Honchar (President of the Сentre for Global Studies Strategy XXI, Editor-in-Chief of the Black Sea Security Magazine, Member of the Public Council at the Ministry of Foreign Affairs) and Orysia Lutsevych (Chairman of the Ukrainian Forum, Chatham House) also took part in the discussion of the opinion poll results.

During her speech Kateryna Zarembo pointed out the following:

The summary and full video recording of the discussion are available here.