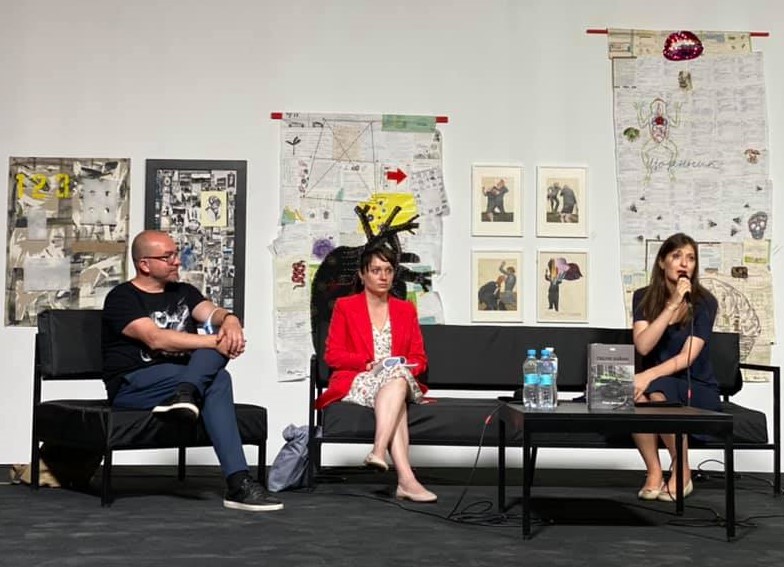 On June 23, a presentation of the Ukrainian translation of Tony Judt’s epoch-making book “Postwar: A History of Europe Since 1945” was held at the International Book Arsenal Festival

On June 23, Kateryna Zarembo’s translation of Tony Judt’s book “Postwar: A History of Europe Since 1945” was presented at the International Book Arsenal Festival. Oleksandra Gaidai, science editor of Ukrainian translation, historian, leading researcher at the Museum of History in Kyiv, as well as Volodymyr Yermolenko, philosopher and writer, doctor of political studies, lecturer at the National University of Kyiv-Mohyla Academy took part in the book discussion.

You may order the book here.