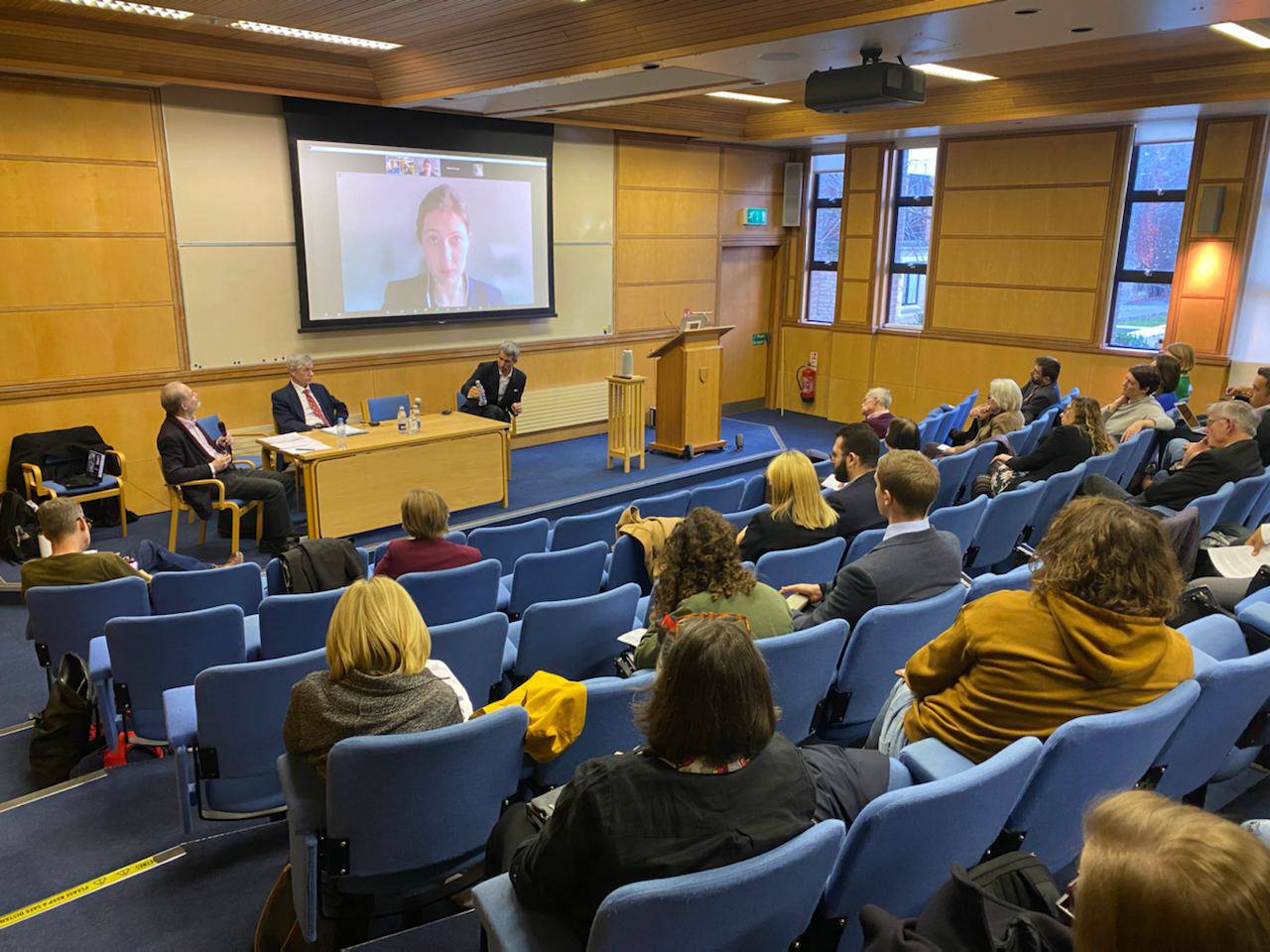 On November 19th, 2022 Kateryna Zarembo participated in the “War and the Future of Ukraine” conference at the University of Oxford

St. Antony’s College of the University of Oxford presented a two-day conference on the war and the future of Ukraine as a platform of discussion for between Ukrainian scholars. The conference took place on November 18-19th both in person and virtually.

From the main features and course of the Russian war in Ukraine to the Ukrainian politics after the war and reconstruction of the country — the conversation included various outlooks on the topic from other prominent Ukrainian scholars such as Tamara Martsenyuk, Volodymyr Paniotto from Kyiv-Mohyla Academy, Viktoriya Sereda from Ukrainian Catholic University, and others representatives of Ukrainian and foreign institutions.

Kateryna Zarembo took part in the discussion panel on Ukraine, Europe and the Future of World Order with her speech “Coming of age: the reappraisal of EU-Ukraine relations”. She evaluated the evolution of the EU normative power both within and outside the EU in relation to the case of Ukraine. Kateryna emphasized on importance of the EU retaining its normative power, being ready not only to diffuse norms, but to protect them — stop pretending that the war is not here, but start engaging with it:

“It is time for Western intellectual circles to formulate the exact meanings of  the Ukrainian victory and Russia’s defeat. How to stop Russia from being a threat to the democratic world? How to make Russian society feel accountable for the committed crimes and embark on collective responsibility as well as make Russia pay the reparations? We must start making concrete developments regarding the Russian defeat now”