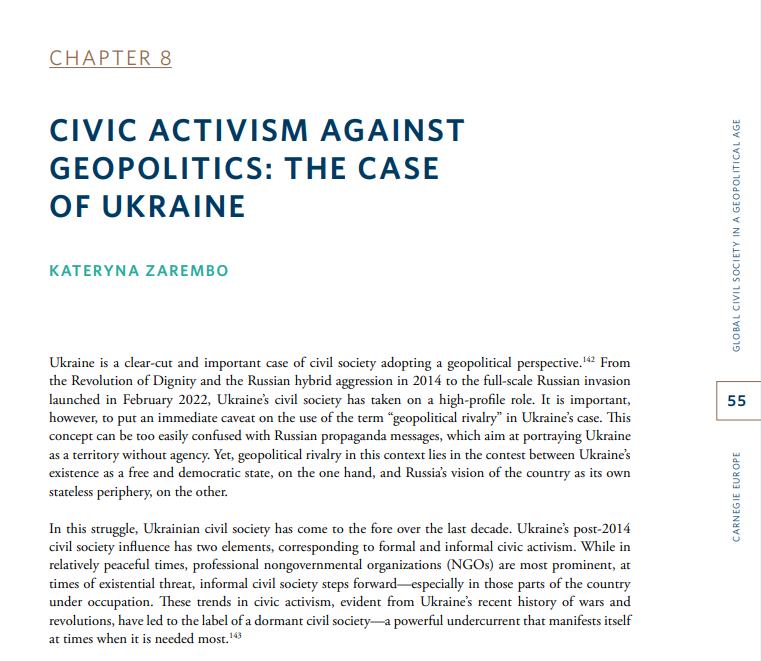 Kateryna Zarembo presented a new chapter on Ukrainian civil society for Carnegie Europe with Richard Youngs as an editor. The work was presented on December 5th, International Volunteers Day, which Kateryna Zarembo claims to be a symbolic date for an article release.

“Russia’s invasion of Ukraine has turned the country’s civil society into a powerful actor, sometimes acting in place of the state. As a result, civic activism has thus become an integral part of Kyiv’s response to Putin’s war.”

In her work Kateryna claims that Ukraine’s civil society has several dimensions:

In many interviews with representatives of civil society it was made clear that surviving under Russiam occupation was possible because of donors’ support. However, it was not the case back in 2014 with civil society in occupied Donetsk and Luhansk region, as well as Crimea, which is one of the differentiation between occupation in different regions (2014 and 2022) and the way civil society thrives there.